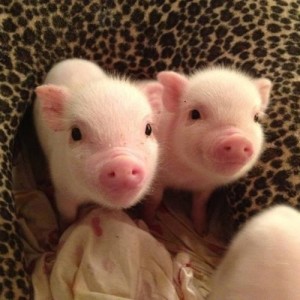 Once upon a time there was a girl named Lynn. Lynn loved pigs. And Christmas was coming up. The only thing on her Christmas list was a pig. And maybe other things, but they had something to do with pigs. Every day she would learn something new about a pig. She would call them pig facts.This is what she said as her pig fact today.”Did you know that micro pigs can cost at least 1,000 dollars, and they are so small you won’t even believe it.

While Christmas was coming soon Lynn wanted a pig even more. She begged her parents almost 100 times a day.  Ok maybe less than that.

She  got super gloomy. And very sad. She knew that Christmas was coming soon and her parents still didn’t agree with her getting a pig. A second later her parents came to her and said ” Sweetie you’re choice is                We either move and get a pig.” “Or we stay here and don’t get a pig.”  She didn’t know what to say because she had lots and lots of friends,and she has been begging her parents ever since she could say pig. She said ” Let me sleep on it.

In the morning she was exited because it was Christmas eve. And she was also sad because she still didn’t have her answer for her moms question. But her mom let her open up a few presents before Chirstmas. She was hoping for a pig. It wasn’t a pig, but it was some small outfits. The size of a pig. The second one was not a pig but it was a pig size bed. She slowly opened the third and final one and it was a … PIG, two of them. She shrieked in joy. She spent all day playing with them. The next day she went to Petco, ang other things to do with a pig. By then it was night time. She snuggled in her bed with her two pigs and lived happily ever after.